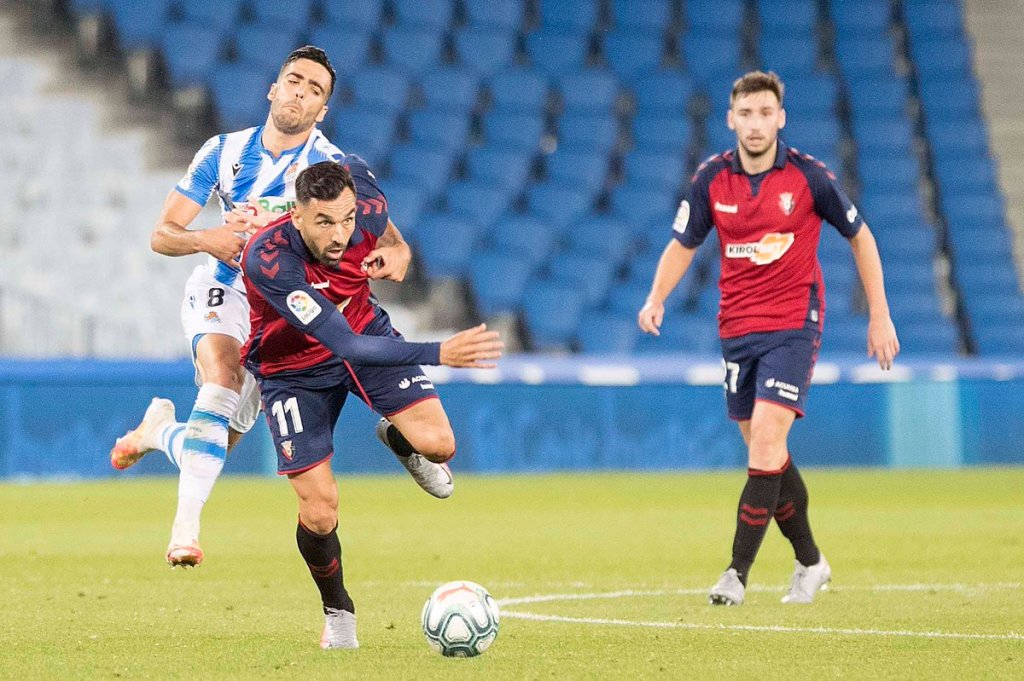 An Enric Gallego double, which included a stunning overhead kick and a last-minute equaliser, was enough to see Osasuna defeat Leganés 2-1 on Saturday night.

The victory means the team from Pamplona now have 41 points, and it’s looking increasingly likely they will maintain their LaLiga Santander status.

“I think 41 points are enough,” said boss Jagoba Arrasate after the match. “In August we all dreamed of being in this position with six rounds to go.

“We won’t settle, we want to finish as high up as possible. This team is not going to get carried away.

“They already proved last year when, after achieving promotion, they won the remaining matches.”

Gallego’s goals were his first in an Osasuna shirt and Arrasate praised the Catalan striker’s performance.

“I’m very happy for him,” Arrasate said. “On the outside, a striker has to score goals, but I was already happy with him.

“He scored a very nice first goal and a very important second one. He has given us the victory.”

Osasuna signed 33-year-old Gallego on loan from Getafe in the winter to replace the injured Chimy Ávila. His loan expires at the end of June but Osasuna have the option to make the deal permanent for two million euros.

Osasuna now lie 15 points above the relegation zone and they play fellow Basque side Eibar next, in what will be the final Basque derby of the 2019/20 season.

iThere are no comments

Begin typing your search above and press return to search. Press Esc to cancel.